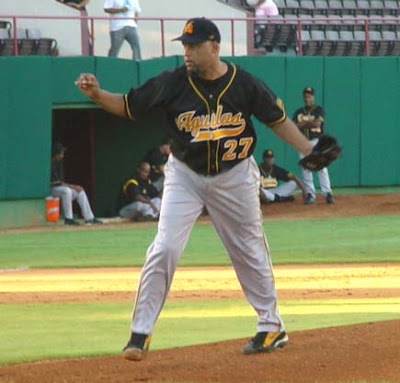 A flamboyant free spirit, he was best known for coining all his pitching appearances as Lima Time. His overly animated displays of emotion on the mound made him a fan favorite, but also drew the ire of opposing teams. He was known for his flamboyant celebrations after his victories in the face of opponents. Due to his indulging in musical pursuits beyond baseball, he was once described by The New York Times sportswriter Ben Shpigel as "the national anthem-crooning, towel-waving merengue singer who moonlights as a right-handed pitcher." A popular fantasy baseball strategy is named in his honor, the LIMA plan developed by Ron Shandler.

Lima made his Major League debut with the Detroit Tigers on April 20, 1994 at age 21 making a start against the Kansas City Royals. After three years in Detroit, he was traded to the Houston Astros on December 10, 1996 in an eight-player trade. In 1999 he complied a record of 21-10 and was named to the National League All Star Team that season. However after the 1999 season, Lima generally struggled to recapture his success and surrendered a league-leading 48 home runs, which was only two short of the single season record held by Bert Blyleven, and lost 16 games. On June 23, 2001 Lima was traded back to Detroit in exchange for Dave Mlicki. He was released by Detroit during the 2002 season, proclaiming at the time, "If I can't pitch on this team--the worst or second-worst team in baseball--where am I going to pitch? If I can't start on this ballclub, I must be the worst pitcher on Earth." Lima, however played for the Kansas City Royals in 2003, the Los Angeles Dodgers in 2004. With the Dodgers, Lima was 13-5 with a 4.07 ERA, his best performance since the 1999 season. Possibly the best moment of his career came on October 9, 2004 in Game Three of the 2004 National League Division Series, when he pitched a 5-hit shutout against the St. Louis Cardinals. It was the Dodgers' first post-season victory since Game Five of the 1988 World Series. In 2005, he returned to Kansas City as a free agent but managed only to compile a record of 5-16, while posting a 6.99 ERA and was not resigned by the club. On February 14, 2006, Lima was inked to a minor league deal by the Mets and pitched for the Mets' AAA affiliate, the Norfolk Tides. He was called up to the Mets on May 7, 2006, and went 0-3 with an 8.79 ERA in three starts before being designated for assignment on May 20, 2006. On July 4, 2006, he was again called up again to the Mets, when Heath Bell was optioned back to the Norfolk Tides. Lima had another poor outing on July 7, 2006 against the Florida Marlins which included surrendering up a grand slam to opposing pitcher Dontrelle Willis and was removed from the game. After the game Lima was designated for assignment back to the Norfolk Tides for the second time during the 2006 season. Lima finished the 2006 season with a 0-4 record with a 9.87 ERA in four total starts for the Mets. In the Dominican Winter Baseball League, he played for the Águilas Cibaeñas. In 2007, Lima also played for Saraperos de Saltillo in the Mexican League.

For the 2008 season, Lima signed with the Kia Tigers, a nine-time champion in the Korea Baseball Organization. Despite high expectations as a former Major League Baseball pitcher, Lima struggled in several starts. After that, he was sent down to the Korean minor league, and media reported that Lima would be released from the Tigers, However, after returning to the Tigers, Lima got two consecutive wins against the Woori Heroes by pitching seven innings while not allowing a single run, and the Hanwha Eagles, pitching five innings and allowing just three runs, but was still released by the Tigers.

Lima signed with the Long Beach Armada of the independent Golden Baseball League (GBL) on March 27, 2009. He was to play under veteran minor league manager and former major league all-star Garry Templeton. Lima was traded by the Armada to the Edmonton Capitals for former Chicago White Sox first-round draft pick Kris Honel on July 31, 2009. During a May visit to Edmonton with the Long Beach Armada, Lima was heartily embraced by the Armada's fans and even had a local fan club develop at the ballpark — a first ever for a visiting player there. He pitched a total of four games for the Capitals, going 1–2 in the regular season and losing his only GBL playoff appearance.

Lima died on the morning of May 23, 2010, at age 37 from a massive heart attack. He was rushed to Huntington Memorial Hospital, where he was pronounced dead. He had suffered from cardiac problems. His wife said he complained of excess gas the night before but she thought he was just having a nightmare.